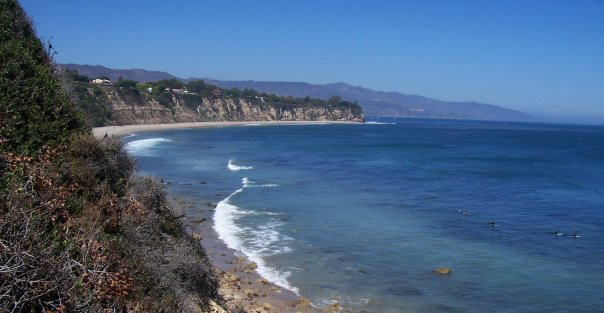 I forget about Point Dume Cove, which is absurd, because it’s one of my favorite places in L.A. Most likely, it’s one of those places I let myself forget because it’s not down the street from me, and it’s not always simple to park there. You can pay $8 to park at Point Dume State Beach (though finding an actual spot is iffy on a weekend) or you can awkwardly park for free on some road half a mile away and try to remember which route you took to find that spot.

Getting to Point Dume Cove involves a series of L.A. cliches. They aren’t the worst of L.A. clichés—not even bad clichés, really–they’re just the type you may not be up for if you’re on the outs with Los Angeles. There’s the parking. The neighboring beach that shares its name with a celebrity’s child. (That would be Zuma.) The open doors of parked Jeeps jutting out into the road, their owners using the doors like privacy screens as they peel off wet suits. Like anyone else, I resent Los Angeles for her cliches, except when I love her for her cliches; it really depends on what I’ve been through the day you ask me. 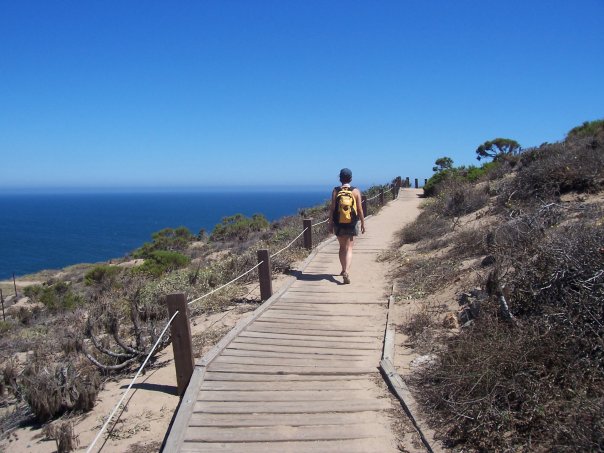 But for all the traffic and smog and entitled youth and seven-dollar coffees and over-crowded everythings–all of which you are immediately called upon to answer for should you express your love for L.A. anywhere outside the boundaries of L.A.–there are secret avenues to peace here. There’s unparalleled beauty, there’s unexpected silence, there’s a lot of really glorious shit that I wish I could make people believe in when I have some stranger sitting next to me on a flight, complaining that L.A. is just not “walkable,” like L.A. is the first and last city in the United States to commit the crime of non-walkability. Folks drive through every city that isn’t New York or Chicago; suddenly you bring up L.A. and they’re all, “That shithole is utterly unwalkable. You know, I could take the get on the train in Coney Island and be in Midtown in no time.” I know it. But how are the canyon views?

I probably sound defensive because I am, for a couple reasons. The first and lesser reason is other people. The second and greater reason is myself.

I had an angry-at-L.A. start to my summer this year, and it really wasn’t anything L.A. did. It was the kind of anger that bubbles up from some deeper, more complicated boiling place, so you look at your spouse or job or house or city or haircut and say, “It’s probably this one major, external thing. Yep. This here is what’s broken. It’s this massive tire fire, which is outside myself.”

It’s always easier to start with external things when you feel the itch for transformation. This is why I’ve always loved moving apartments. Or not the moving so much. Not the apartment hunting or lease signing or deposit paying or couch maneuvering. But the waking up with a new view. Without having changed anything essential, you get the feeling of a fresh perspective, even if you’ve only scootched a few miles down the road. And sometimes all that external newness inspires some absolutely-essential internal pivot. That’s been my experience, anyhow, on a few lucky occasions.

The thing I wish I could explain to people who hate Los Angeles is that what I love most about my city–aside from a handful of the people in it–is that you never have far to go to find the view you need. You need art? Mountains? Valleys? Trees? A river? An ocean? Desert? Bustling city? You miss the sweet urine smell and eerie quiet of a late night train in a “walkable” city? Friend, I can even help you there.

The first time I  visited Point Dume Cove, I was in a crappy place. I went with my friend Nora after stopping by a farmers market to collect baby heirloom tomatoes and veggie chips and–if I know us like I think I do–probably also some chocolate-covered something. We miraculously found free street parking near Point Dume State Beach, then walked past the rock climbers at Point Dume, taking the trail up along the cliffs.

I didn’t know water could be so blue-green in L.A. County. I’d forgotten what it was like to hear waves rush louder than human voices or the aggressive rev of so-very-impressive cars. The boardwalk along the cliff led us closer to the barking of seals, and we stopped to watch them sunbathe on the rocks. After a short hike–maybe ten minutes?–we found the staircase leading down to the cove. There were only a handful of surfers down there and a couple other beach loungers. I couldn’t hear the city anymore, couldn’t see it. There was a literal wall of earth holding it separate from us, with our picnic blanket and farmers market lunch. Just the change of scene awakened a little bulb of light within me . . . reminded me that I was built to find my way back to joy. 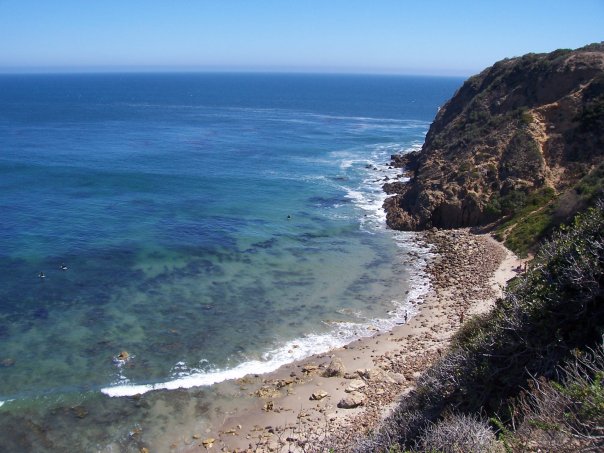 I’ve been back to Point Dume Cove only twice, both times with the goal of showing someone. I brought Angie, my best friend from college, with whom I discovered a starfish, and who kept taking photos of erosion for some science teacher she’s married to. Another time, I brought a long-distance boyfriend, and I brought him without considering the tide. We tried to exit through a gated-off neighborhood, turned around, and just made it out before the ocean swallowed the entire shore. Someday, when I have more time, I’ll nail down all the relationship metaphors in that afternoon.

Dume is a place I like to show off, because it hints at the geographic diversity that makes L.A. special, that makes it versatile, in fact. It’s just as my brother and I were discussing recently: L.A. County isn’t perfect, but when it’s good, it’s so good. It isn’t all body builders and sand volleyball and over-priced Ferris wheels along over-crowded beaches. It has pockets of pristine beauty that slap you across the face like Cher, shouting at you to snap out of whatever kind of “it” you’re in.

You can always find a place to take a breath and be new. And then you can return to all the old chaos and clichés with a heart ready to see the raggedy beauty in those things, too.

Point Dume is located in Malibu between Zuma Beach and Paradise Cove. The area is well-loved by surfers, scuba divers, and snorkelers, as well as seals, sea lions, and whales (in the cooler months). The trails are easy and kid-friendly, but dogs are not allowed. 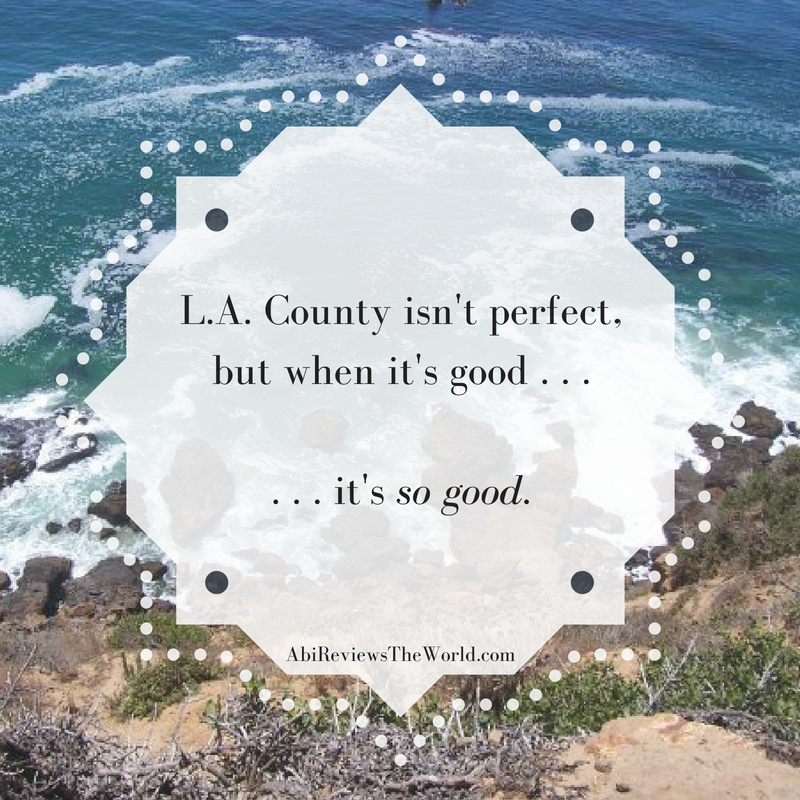