I spent the morning watching my own heart.

I had an echocardiogram this morning. I lay on my side with goop on my chest, watching a black and white image of my own heart pumping. At one point, the ultrasound tech turned the sound on, and I heard the echo-y swish-and-pump inside my chest. For a handful of seconds, I listened with privileged awe as the engine of my body kept the whole machine running.

My heart has been beating without ceasing for 35 years. I can’t stop thinking about that.

I arrived in Dallas last Sunday after a frustrating and sleepless night. Monday was my psych evaluation, in which a friendly psychologist wearing cowboy boots asked about my decision-making process in search of signs for direct or indirect coercion.

My second cousin once removed (or something like that) brought her husband and son to visit my parents and me in the evening. We all sat out by the pool at our hotel and ate ice cream.

On Wednesday, I had eight different appointments, which made it impossible to fully process the news my mother greeted me with after my 7:00 a.m. pulmonary tests. My great Aunt Liz had died. I’d always known it would happen one day, of course, but I’d always imagined it would come as a shock, that the world would stop. Aunt Liz was a nonagenarian who lived alone and kept up the farmhouse where she was born until she was 98 years old. She was indefatigable, invincible, and once scoffed at me when I offered to carry her suitcase because she thought it was too heavy for me. She pushed past me and scooped it up herself like it had all the weight of a package of Oreos. She was 81 then.

I always thought Aunt Liz’s death would feel impossible. But it didn’t feel impossible. And I didn’t react the way I wanted to. I stood on the elevator beside my mother, tearing up mostly because I didn’t have the emotional bandwidth to register Liz’s passing. I was tired and disoriented and on my way to have 19 vials of blood drawn and unable to stop thinking about how 19 vials meant 19 possible ways to be found ineligible to give my father a liver. 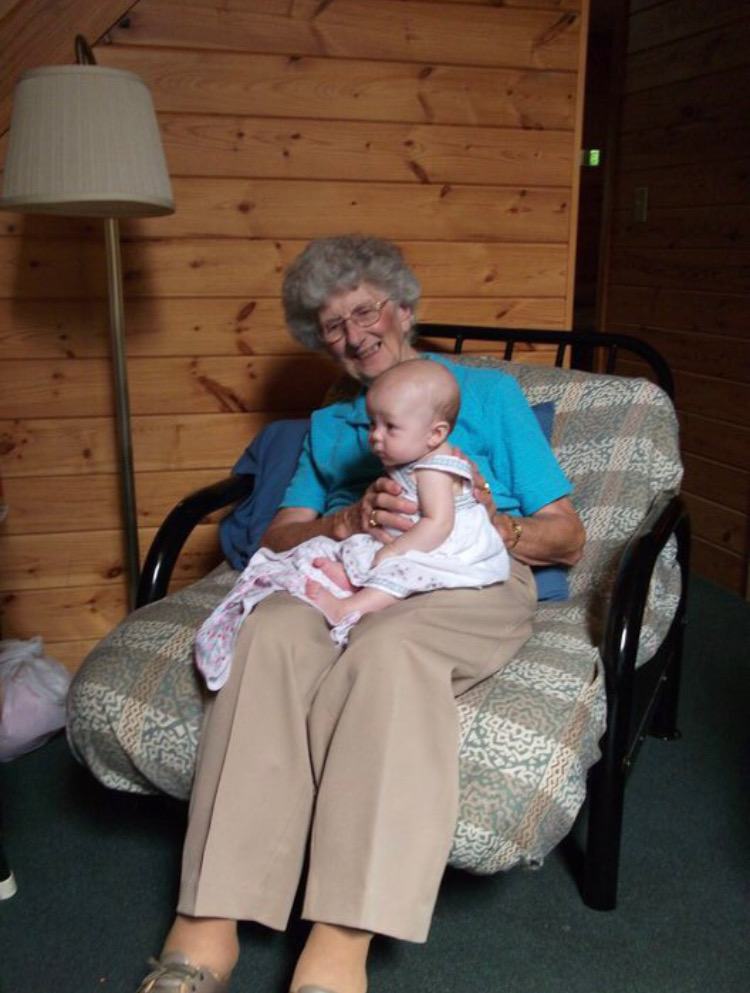 After the blood draw, I met with my surgeon and social worker and coordinator and hepatologist and pharmacist and dietician. I told everybody that I smoke a cigar once a year and have 3-4 drinks every week and I’m not allergic to any medication that I know of. My surgeon told me that I am in control of this process, that I can back out up until the moment I go under. He told me I am his patient and he doesn’t leave my side until I’m settled in the ICU.

My hepatologist came in, saw my mom sitting there, and asked if I was “happy to answer anything in the presence of my mother.” He asked a million health questions and told me 3-5 times that I can back out up until the moment I go under.

My coordinator told me I can back out up until the moment I go under.

My social worker told me I can back out up until the moment I go under. She asked me what my motivation is for donating a liver. “I’m pretty sure I know why,” she said, “but it’s procedure to ask.”

I cried trying to get the words out. She searched the room for a tissue, then handed me a paper towel. “That question makes everyone cry,” she told me.

I nodded and managed to say, “Because it’s my dad.” She wrote that down.

“You’d do anything for your parents, huh?” she said.

I shrugged. “Maybe? I don’t really know until these things come up.”

When my mom and I got back to the hotel, my dad was making phone calls to his cousin, trying to carry out his executor duties from a thousand miles away. We talked about Aunt Liz a little. The loss of her was still settling in my heart like a feather easing toward the earth.

After dinner, I sat on a stone wall outside the hotel, talking to Peter over the phone. I told him what Aunt Liz was like. I went back inside to sit with my dad and watch the Blues finally win the Stanley Cup. Wednesday was so many things. 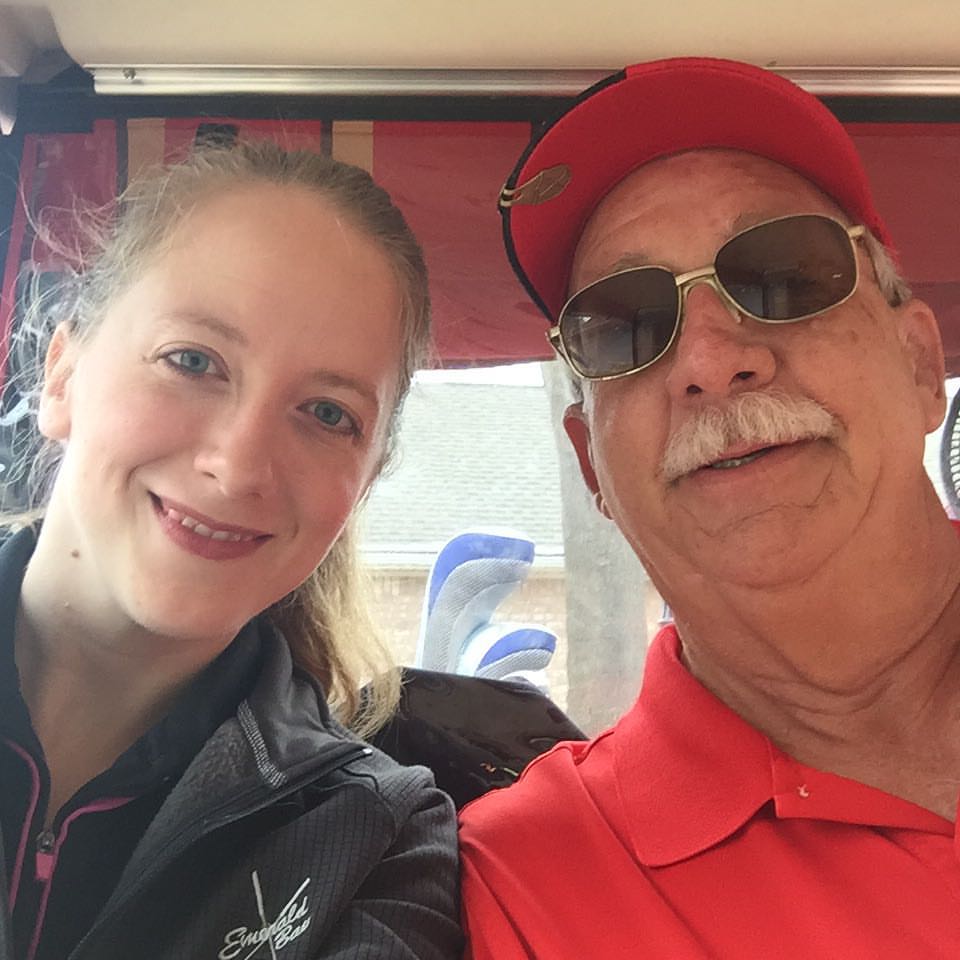 On Thursday, I met with my Donor Advocate who passed me a form to sign confirming that I had been told I can back out up until the moment I go under, among other things. He gave me a test to confirm that I was in my right mind. He gave me a personality test. He told me it’s good that I’m 35. “It’s the young adults I worry about,” he said. “Eighteen, twenty. It’s a big decision for a young person.” As he gathered his things to go, he told me “It’s a good thing you’re doing. I meet with a lot of donors, and I always feel admiration for them.”

I’ve noticed that medical professionals are very good at hitting the sweet spot when it comes to acknowledging what this experience is for me. It’s tricky to navigate some of the responses I’ve gotten beyond the walls of UT Southwestern, not because they’re wrong, but because I think it’s a hard thing to respond to if you’re not used to observing someone in my situation. Sometimes the praise is really intense and I feel awkward because I don’t think it’s warranted. Sometimes the response is oddly dismissive. And really, how is anyone supposed to respond to this information? What thing do they address first? That my dad is so sick he needs a transplant? That I might get cut open? That I’ve chosen this? That I want this?

When I told my former WriteGirl mentee, she nodded slowly, gave it a beat, then said, “It seems like the kind of thing that would be frightening personally but also really meaningful to be able to give that gift to someone you love.”

That, Olivia. It’s exactly that.

After meeting with my donor advocate, I got a CT scan, with an IV in my arm and iodine dye slipping through my body. I felt a rush of heat, reminded myself I was supposed to feel that, and then it was over. I went directly to my MRI next, the IV needle still in my arm to save time. I changed into two gowns, backwards and forwards, and ugly-ass hospital socks that were surprisingly comforting. The MRI room was cold, but they put a warm blanket over me. I lay in the machine for two hours, breathing and holding on command, my eyes closed so I wouldn’t panic at the sight of the tube’s ceiling so close to my face. About ten minutes before it was over, I ventured to open my eyes, tilted my head backward, and realized I could see the rest of the room behind me. All this open space, all this reassurance just behind my head, and here was I with my eyes shut tight for two hours. Sounds about right.

I didn’t know if Peter would call again on his commute home, because he’d already called the previous two nights at my request. But he did. I sat on the wall in parking lot and talked to him. He’d booked a flight for us to go to North Carolina for his brother’s wedding. He wasn’t sure if it would be worth it to try to go to Pasadena for a documentary screening at Patagonia. He went after all. I found this out later while I sat watching Shark Tank with my parents, my phone chiming with Peter’s updates about the screening being too full, about eating at a really great vegetarian restaurant instead. My dad told me he hoped Peter would visit me in Dallas after the surgery. He’d really like to meet him. I thought how we surely had more time for things like that. For Dad meeting Peter. Meeting Phil’s new son. Visiting Adam in his new house.

In the only reality I’ve ever known, there’s always been more time.

This morning I sat with my mom in the waiting room on the 6th floor, discussing the inherent wisdom of showing HGTV shows on all the waiting room televisions. “They’re interesting shows,” Mom said, “And they appeal to a wide variety of people. They’re apolitical. They’re positive. “

I nodded. “And they’re about repairing what’s broken. Starting over, better than before.”

We sat in silence before I said, “I really hope they let me do this.”

Less than ten minutes later, an ultrasound technician was telling me to lie on my left side with my arm over my head. She put the goop on my chest and pressed the wand against my rib cage and I tilted my head to see if I could see her screen.

I could. So for twenty minutes I watched my own heart beat, thinking how utterly inconceivable it is that the thing hasn’t rested in 35 years.