Priscilla’s Coffee is nestled on the almost-peninsular corner of Riverside and Evergreen Street in Burbank, California. Its exterior is covered in inviting greenery, its interior has a garden patio vibe with its stone tile floor and cottage mural.

The service at Priscilla’s is good. Friendly baristas who smile when they take your order, which is seventy-five percent of the battle when it comes to finding a satisfactory coffee house. This is why I love the Valley . . . why it’s strange to me that every neighborhood where the baristas don’t smile is presumed to be aspirational. Some people reference the Valley like it’s the joke of Los Angeles — never really labeling the thing that’s supposedly wrong with the Valley, just speaking the word “Valley” like they’re dropping a clump of stale sushi out of their mouths. Like we’re all just supposed to understand what the problem is. 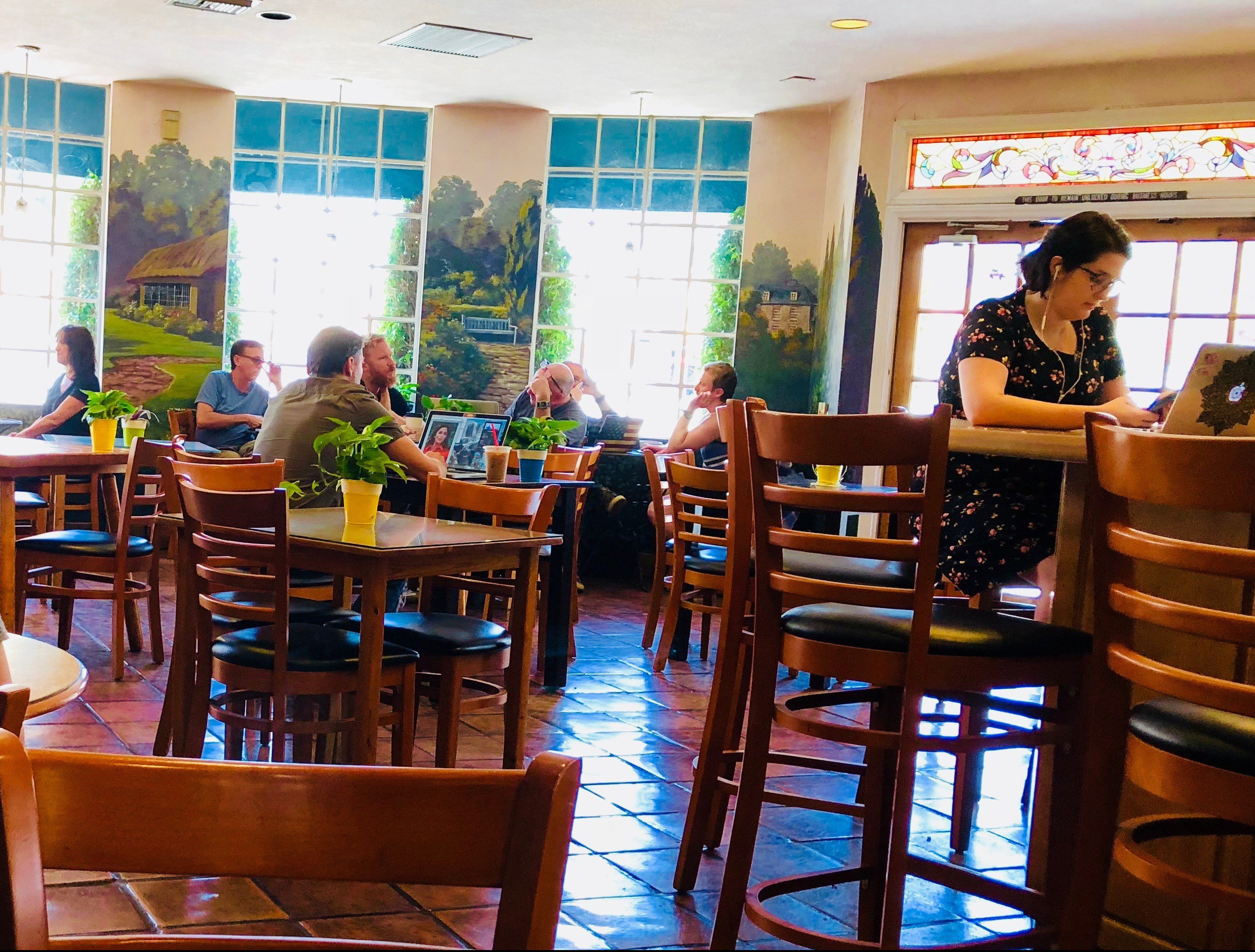 There is a lot to love about the areas where all the action is, but for me, it’s a daytrip love. I can’t live in places where twenty-two-year-old baristas look at me like my order has interrupted their day, where every too-cool clerk in every shop aggressively presents themselves as world-weary when there is most likely nothing special about their weariness at all.

When I am in the hip neighborhoods, I feel the impulse to apologize all the time. For not really having a “look.” For needing a minute to review the menu. For not having seen that documentary. For assuming this part of town could make space for me.

But in the Valley, I can wear my boxy Moving-Day-to-Support-Parkinson’s-Research t-shirt to get coffee. My bulky sneakers are fine always, which is good, because I’m 34 now and my knees hurt. When I stumble or do something awkward, I can make an equally awkward joke about it, and people will do me the courtesy of laughing or at least smiling, rather than staring at me as though I am tragic in the actual, non-hyperbolic sense of the word. People fart in the Valley, especially north of the Boulevard.

I don’t do well in places where I have to pretend to be something I don’t care about being. My friend Mike refers to pretention as my “allergy,” which is true, and which — if I’m honest — is an allergy caused 85% by my principles and 15% by my own insecurities. It’s just that I don’t like how narrowly we tend to define what matters. “Smart” means you went to a respected university. “Kind” means volunteering loudly. “Brilliant” means all the aforementioned smart people can relate to it. “Cool” means no one can see who you actually are. (And also that you’ve been listening to Marc Maron from the beginning.)

Even when I fit into the proper box, I don’t really care for how tight the walls are. 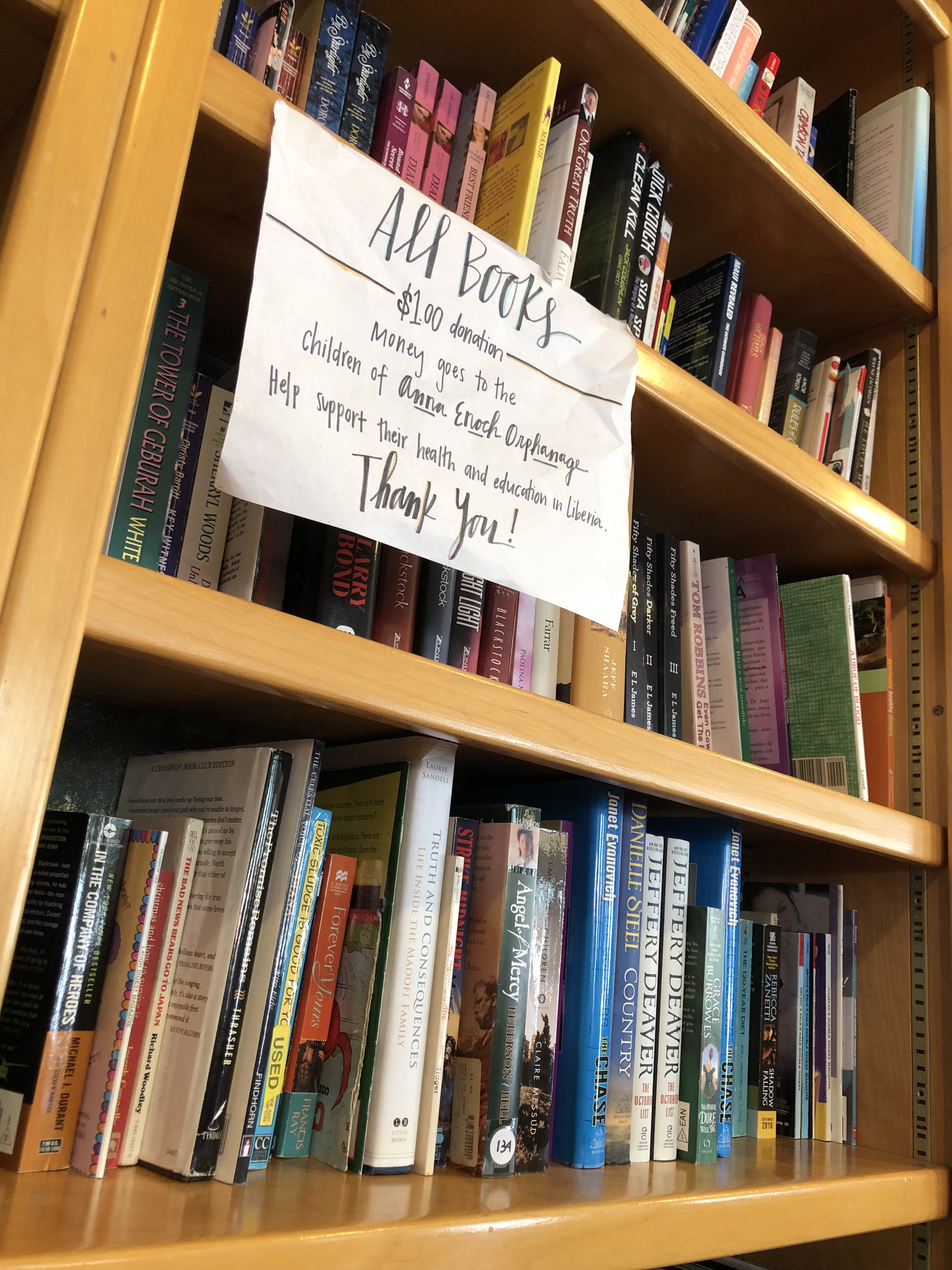 So I guess that’s why I’d recommend Priscilla’s. It’s self-assured enough to be lovely. It’s a lovely atmosphere, and it’s a lovely atmosphere that has maintained its identity for decades. Priscilla’s was founded in an old brick gas station in the 1970s, and when it moved to its current location in the 90s, not much seemed to change in terms of asthetic and vibe . . . at least not to the extent that anyone can tell from a photograph. Which is to say, it’s honest, rather than frantically trendsetting.

I don’t go to Priscilla’s much anymore, because I moved across town. But back in the old days, in my nervous and uncertain twenties, I came to Priscilla’s to meet with a crush who didn’t crush me back, to work for a couple hours while my apartment building was being treated by an exterminator, to keep forging ahead with my brother on scripts in the hope that one day we’d have a writing career. (We do.) I came to Priscilla’s when my life was young and awkward and buggy, knowing that this would be the place where I could enjoy true loveliness without the weight of atmospheric hipness bearing down on my battered ego. Priscilla’s is something far, far better than cool. It’s warm.

Anyway, it is my understanding that the coffee is quality, but to be fair, I really don’t know anything about coffee. But I can confirm that Priscilla’s coffee tastes good to me. If you want to treat yourself to something sweet, I recommend the cafe Borgia or the blueberry iced coffee (without vanilla, if you’re the type who likes theoretical sweetness rather than actual sweetness).

You can park in the lot behind the building after regular office hours–otherwise it’s street parking. There is plenty of indoor and outdoor seating, and there is even a walk-up window for ordering if you can’t be bothered to open the front door. The wi-fi isn’t even password-protected, so you can just connect with zero hassel like it’s still 2005. I really don’t know what more you could want. 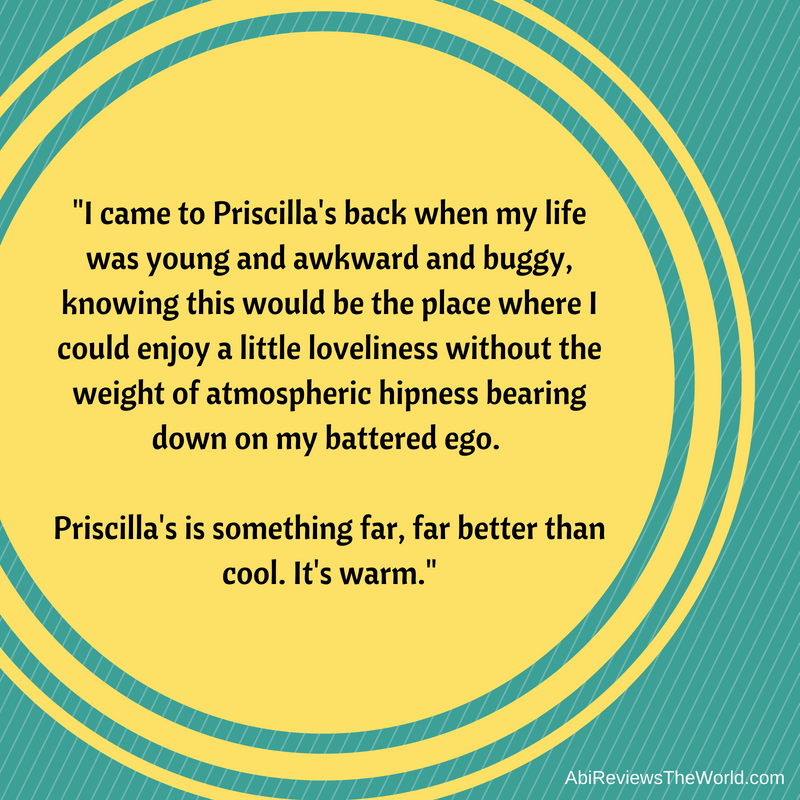