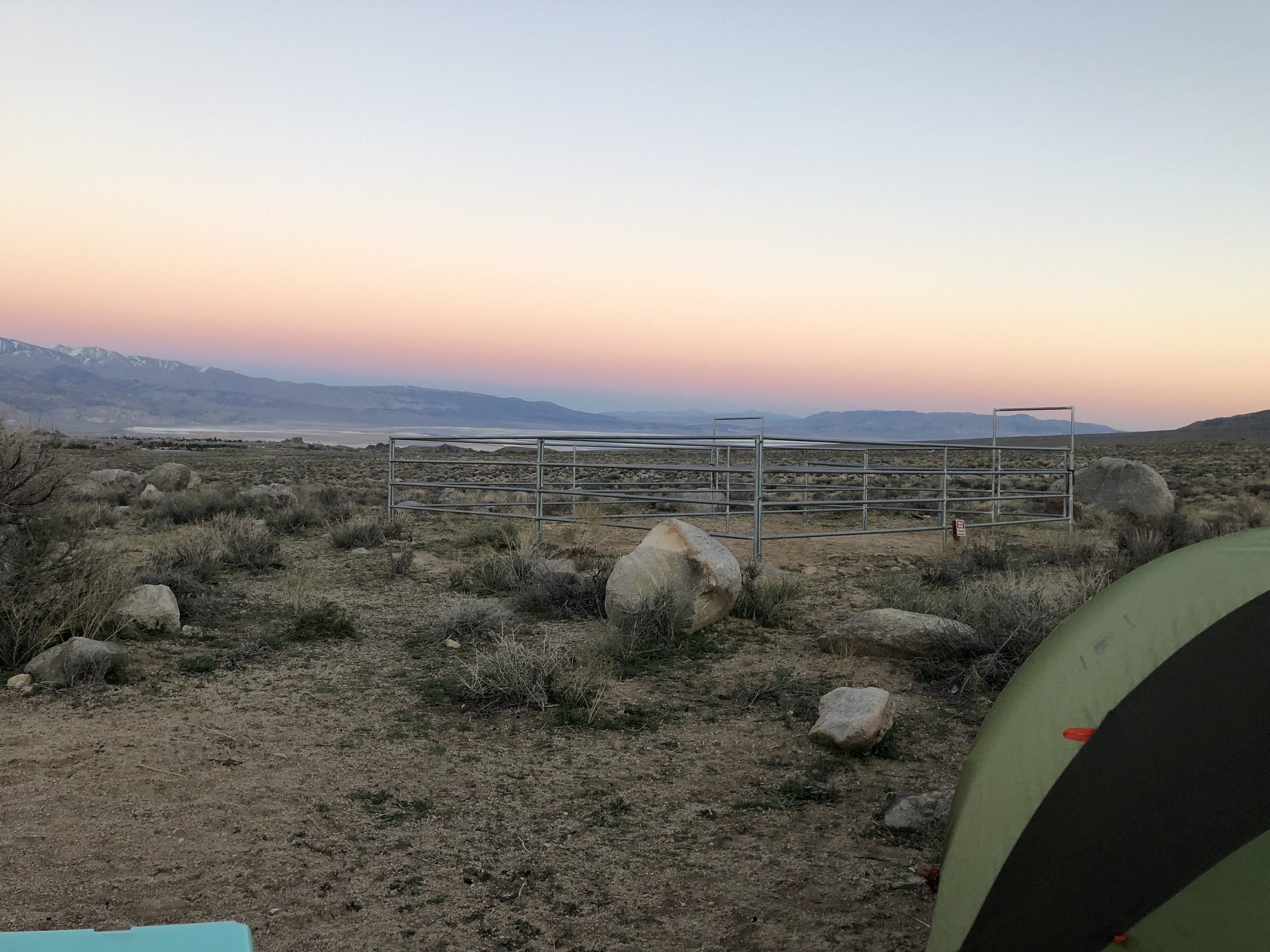 Thursday afternoon: A particularly dramatic clinician at urgent care shined a flashlight down my throat, declared it “really nasty,” and asked me if I had a high threshold for pain because “You should be in a lot more pain than you say you are.” I called Peter super sad because I probably couldn’t go camping, but let’s just wait and see how I felt in the morning, because maybe these were incredible antibiotics.

Friday morning: I felt a lot better but sent an overly comprehensive, highly analytical text to Peter about my many, many fears that sleeping in the cold would make me sicker, that I would get him sick, that I would be miserable and hate things I wouldn’t otherwise hate, that I would be unpleasant company and get off on the wrong foot with his friends, that instead of enhancing a weekend that meant something to him, I would give him things to worry and stress about.

Friday at 4:00 p.m.: I texted him to ask what he’d think about my going after all. I rushed to pack a bag and make a food run in case he wanted me to come.

Friday at 5:00 p.m.: He called me from the back of his car where he was changing from work clothes to camp clothes. I was in Trader Joe’s, scrambling for camp snacks, just in case. We discussed the pros and cons of my sleeping in the cold with a supposedly horrifying throat situation. He lost his socks. He realized he was sitting on them. He put his socks on and said, “I’m coming to get you.” An hour later we were on the freeway. He said, “This probably isn’t the smart decision, but it is the bold one.”

Friday at 11:30 p.m.: I downed NyQuil and cocooned myself in a sleeping bag. He read my book by headlamp. 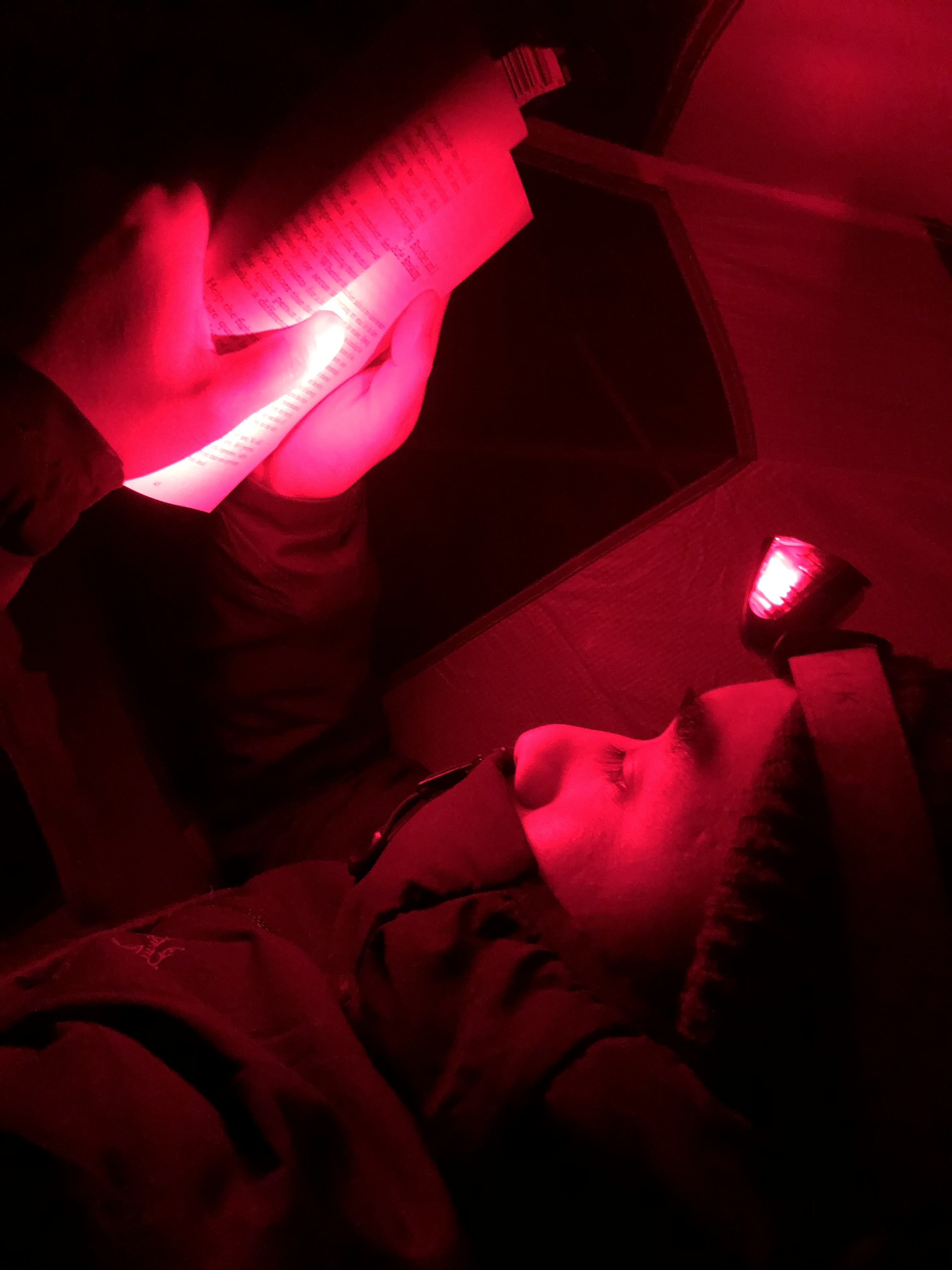 Saturday morning.: I woke to the sound of Peter boiling water for coffee. He unzipped the door of the tent and asked if I wanted to get up to see the sun rise on the mountains—the alpenglow. He handed me the coffee he’d made for himself. “I’ll get you sick, though,” I said. He said to go ahead. He’d make himself another one. The air was cold and the coffee wasn’t hot very long and Peter expressed simultaneous concern and amusement at my violent shivering, but the mountains were beautiful and my boyfriend was kind and my throat didn’t hurt anymore. 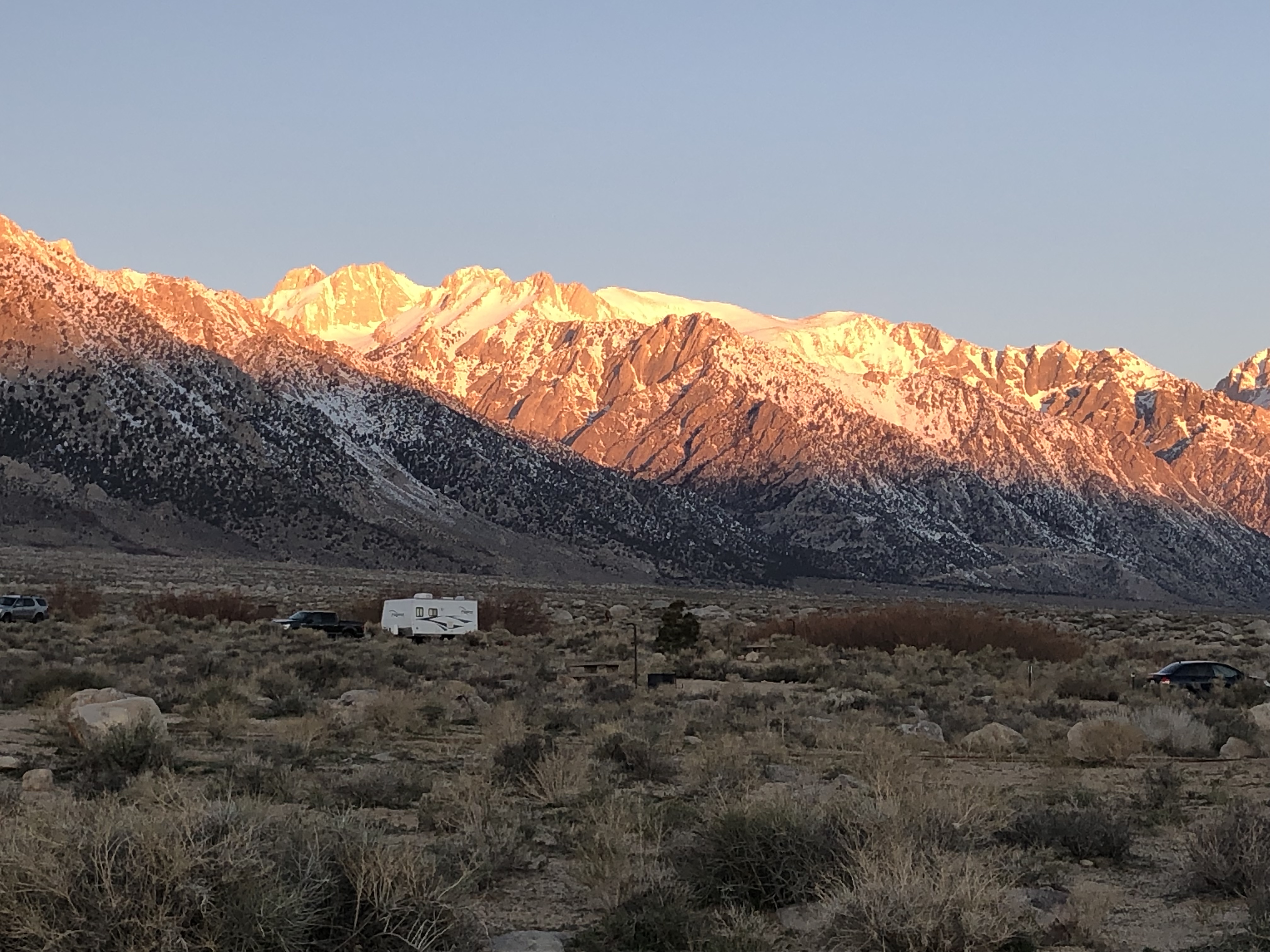 Saturday afternoon: I climbed a little and the climbing was a little bit fun and Peter didn’t ask for any more than that. I watched him think and calculate and send. His friends were warm and supportive and drew me in from the edges. The whole world was wide open. Also, there were dogs. 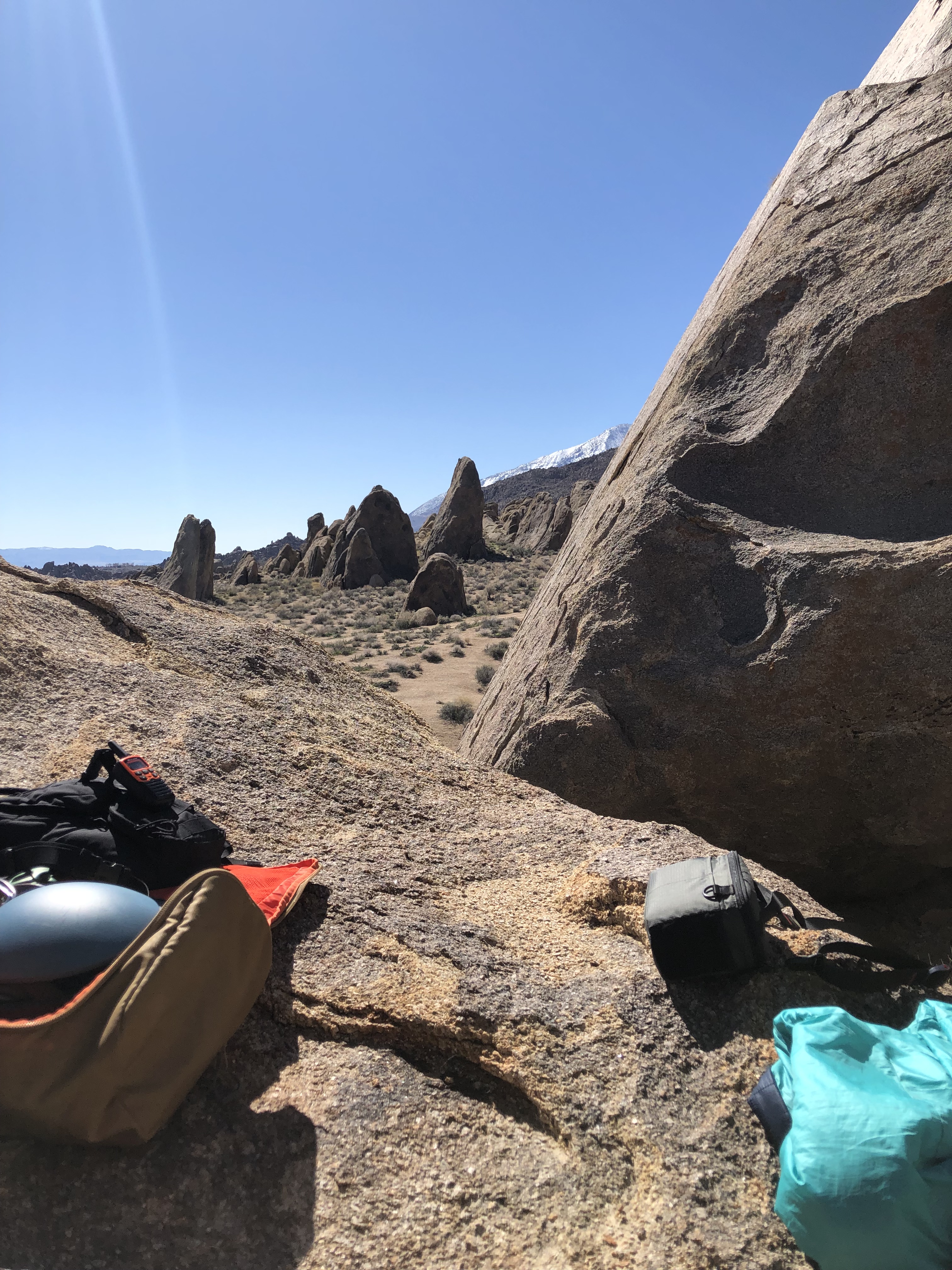 Saturday evening: We took a trail with friends to see the Mobius Arch. We took photos of the wrong arch, then took pictures of the right one. The dogs came for that, too. The sun went down and a halo of rays sprayed out from behind Mt. Whitney. Peter reached for my hand, which he does more than I do because I’ve fallen out of the habit after reaching for hands that hesitated to be held. 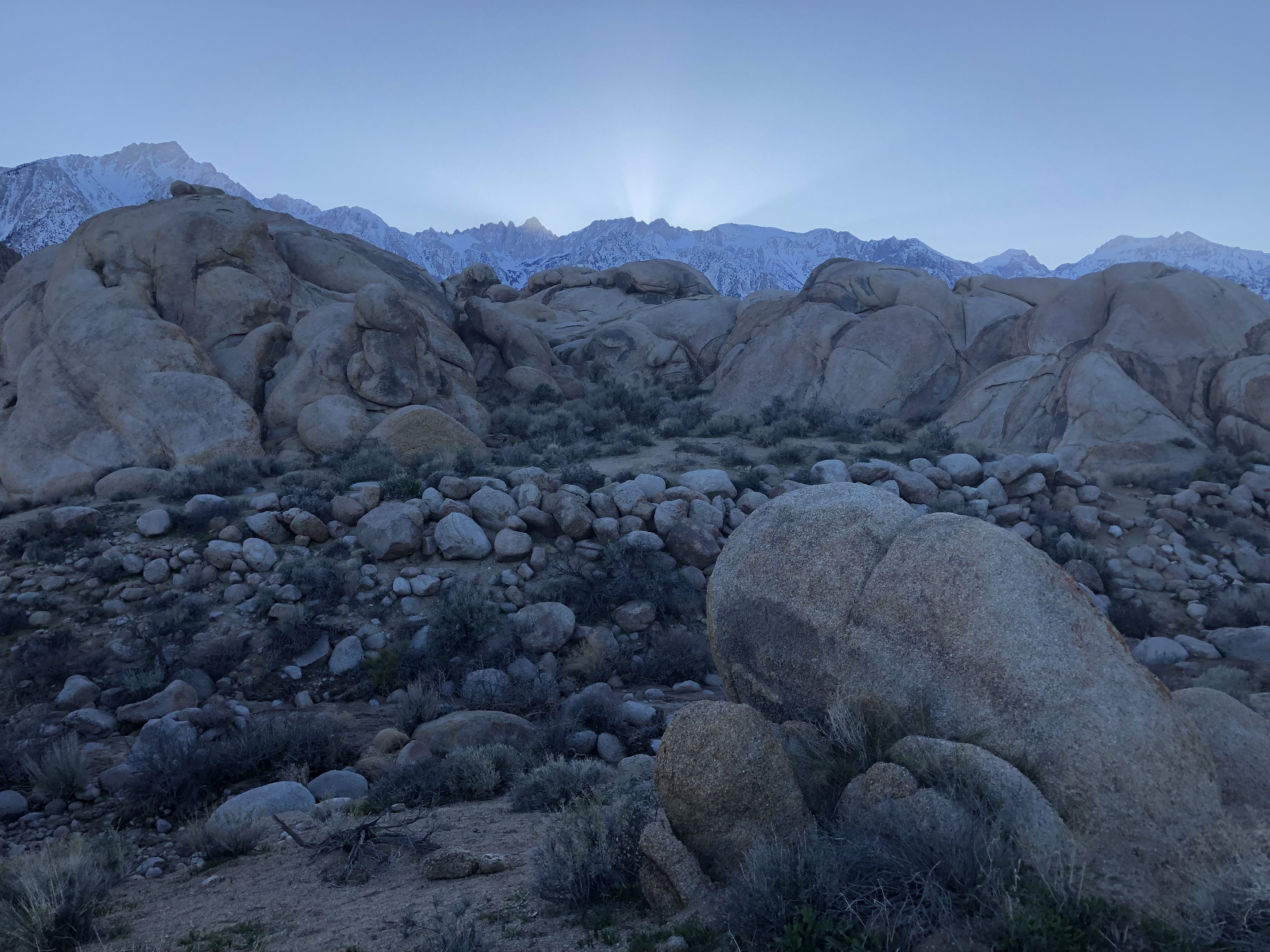 Saturday night: There was a potluck and a campfire and I forgot I’d been sick the night before.

Sunday: Peter and I got breakfast in town, just the two of us. Everybody half-ass climbed in the afternoon. His friends love Jane Austen, and that’s all I need to know. A bunch of us got ice cream and not-ice-cream before heading back to L.A. On the drive home, I played my favorite Justin Townes Earle songs for Peter. He played me an episode of his favorite podcast. 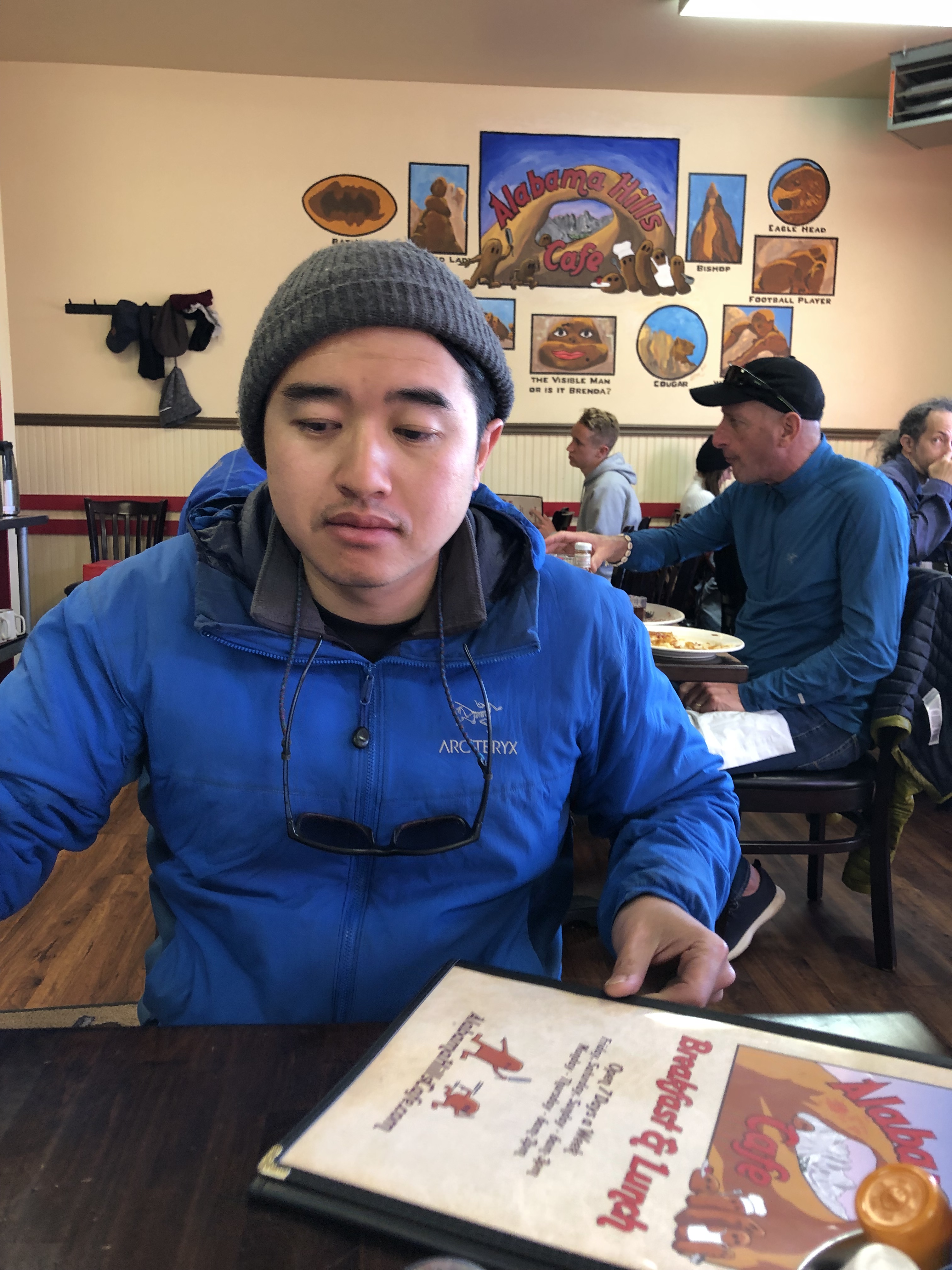 Sunday night: I brush my teeth in his bathroom and come out to find him fast asleep in that sweet way he does, which is what I expected because he’s already been more or less dead to the world for an hour or so. I take a drink of water, then reach for the light. A groggy voice mumbles, “Did you remember to take your meds?” And I know I’m lucky. 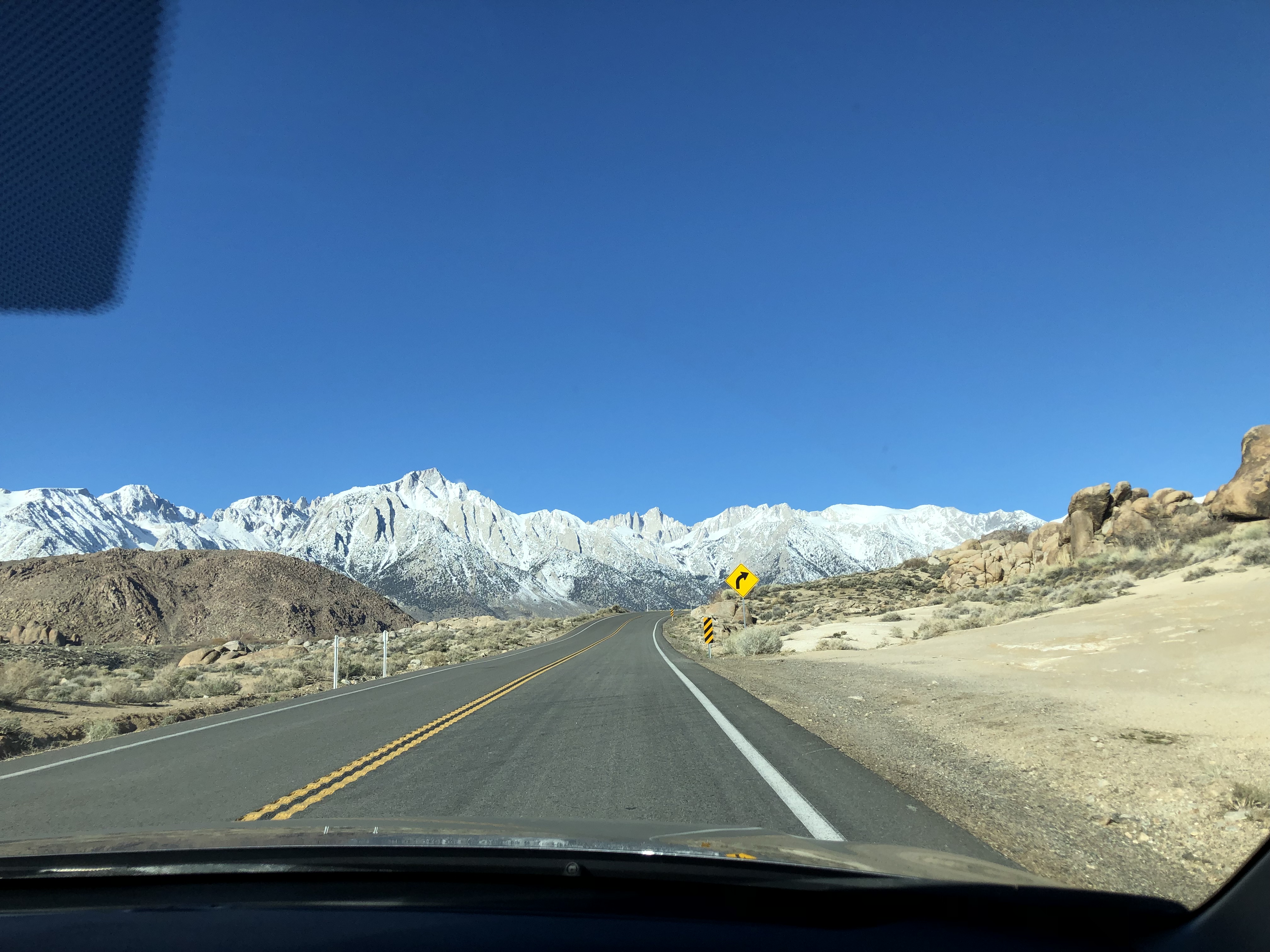